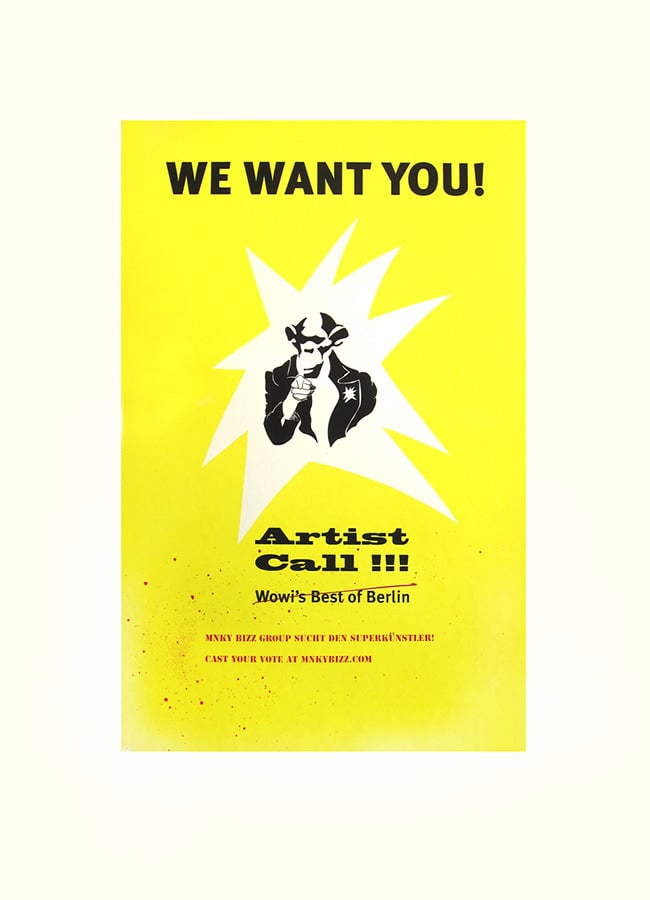 "We Want You!" Silkscreen Print

This hand-printed silkscreen was created to announce our search for the next art star, which was our way of commenting on a one-off, extravagantly-funded art exhibition initiated by Berlin mayor Klaus “Wowi” Wowereit in 2011. Officially called “Based in Berlin”, it also became known among locals as “Wowi’s Best of Berlin” in a nod to the mayor’s short-term cultural investment during an election year.